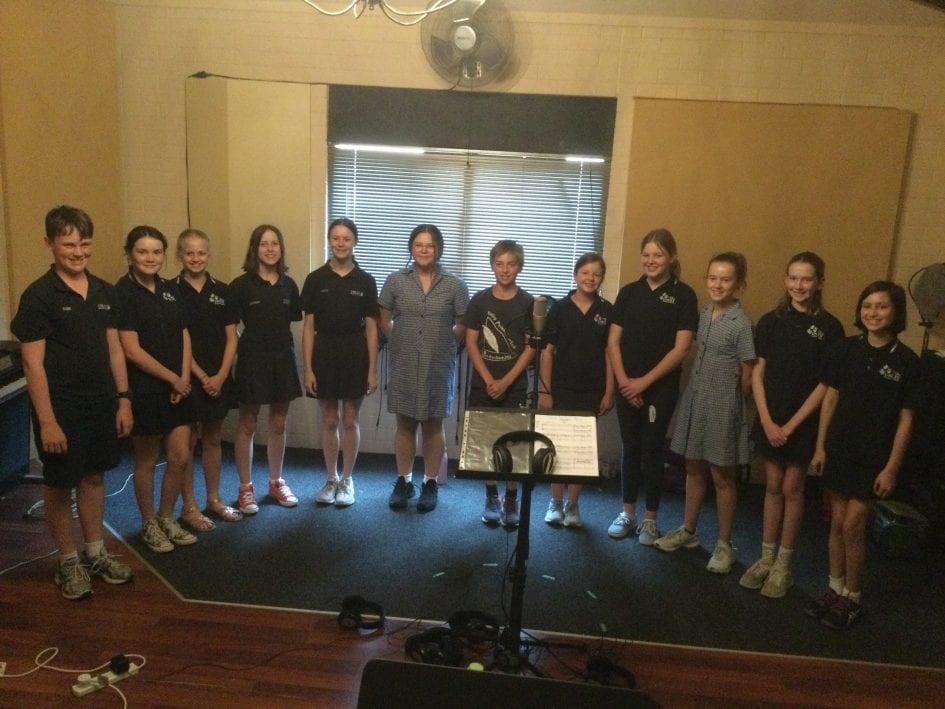 On Monday 9th and Tuesday 10th of November, 12 students from Year 6/7 spent the day with Mrs Marshall in a professional recording studio in Norwood. We auditioned and were successful in gaining a position as part of the group. The focus was to have voices that blended well together. The 12 of us were split into two groups – Soprano and Alto. We were recording two songs which will be used next year for the Primary Schools Festival of Music. Our recording will be used as a teaching tool by 11,000 students in South Australia next year as they prepare for the Festival. It is a privilege for Unley PS students to be chosen to be part of this wonderful experience.

It was interesting to learn about the recording process. We didn’t just sing the song from beginning to end, but we recorded phrase by phrase and kept repeating it until there was a good take of the section. This would often take some time. We needed lots of skills in listening to each other as we were singing to get the right blend.

Overall it was a wonderful experience and we are excited to hear the final product next year.