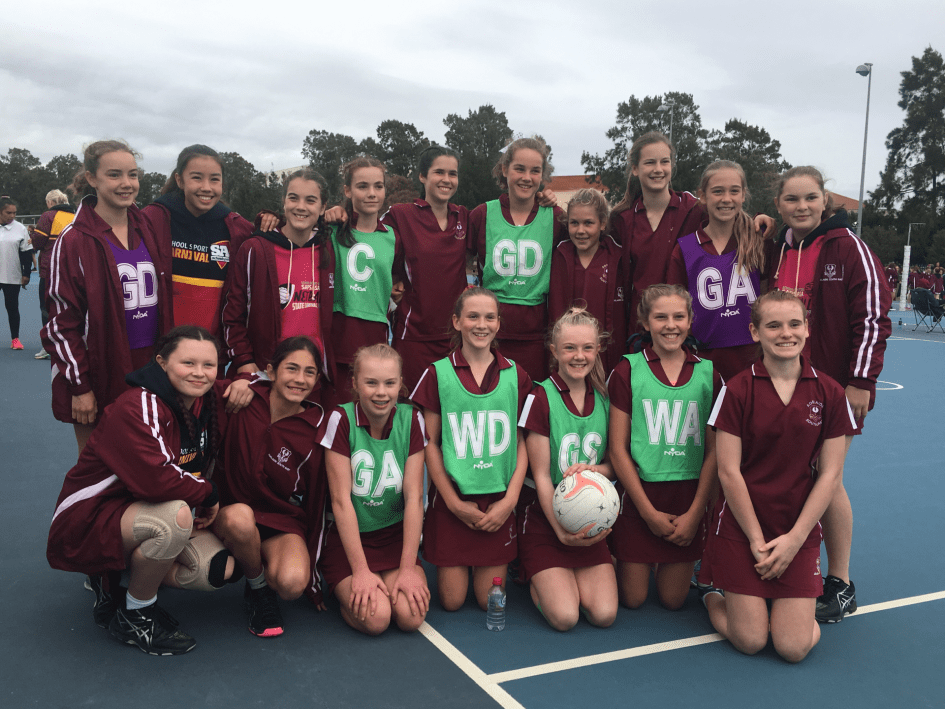 In week 8, term 2, Monique Kirsanovs and Grace Volkers participated in SAPSASA netball for South East Adelaide. They had to arrive at Priceline Stadium at 8:00am each morning. Trials were held prior to the event. 70 girls trialled  but there was only to be a squad of 20 which would attend the upcoming event.

On the  first day at Priceline everyone was nervous but pumped for the rest of the week. Before all the games started we found out who was going to be captain and vice captain. Grace was extremely lucky to be selected vice captain of the div 2 team.

Each day both teams were to play 2-3 games of netball with hour breaks in between. By the end of the week we were all exhausted but managed to push through.

Presentations were held after the final whistle was blown and points were tallied up. Out of the 11 teams in div 2 Grace’s team finished in 3rd place and Monique’s team deservingly finished in 1st place, undefeated. Overall we had a great time, made new friends and enjoyed it while it lasted.