Our new playground – ready for action! 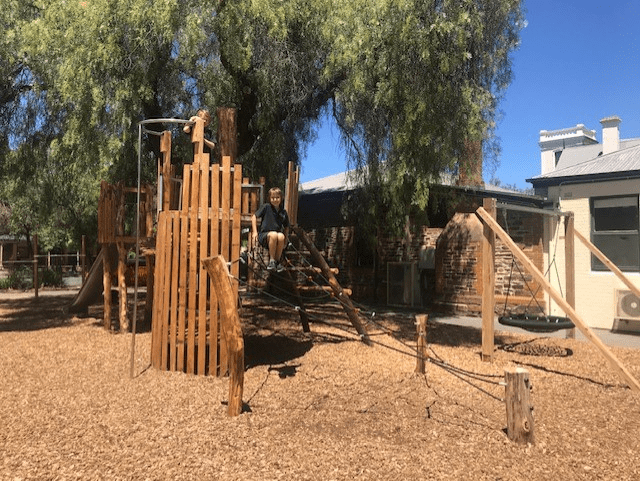 Two Year 5 students, Eli and Xavier have been documenting the development of our new playground on Campus 1. This playground has come about through the industrious work of our Community and Fundraising Committee, and planning and oversight from our Facilities Committee. We also thank students whose opinions were gathered and featured in the final design.

The final design consists of two separate towers with a timber bridge in between, a slide, a net, a fireman’s pole and two different ladders. A swing was also included which UPS has not tried before.

During construction, we had good weather and progress was fast. However, after completion, there were a few hiccups noticed by students and staff. We overcame these problems as the builders came back to tweak the new design – creaky boards on the platform were fixed, extra supports on the swing made it more stable and the ladders are now more secure.

It’s exciting to have a new place to play. It’s also been positive to see all kids sharing their time on the playground fairly. We found the construction quick and interesting to watch through the fence. Thanks you to everyone who made the new playground possible”.

Xavier and Eli from Room 22 (pictured below) 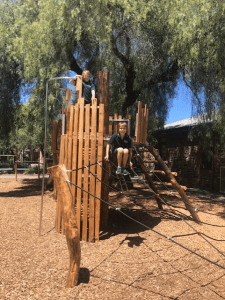