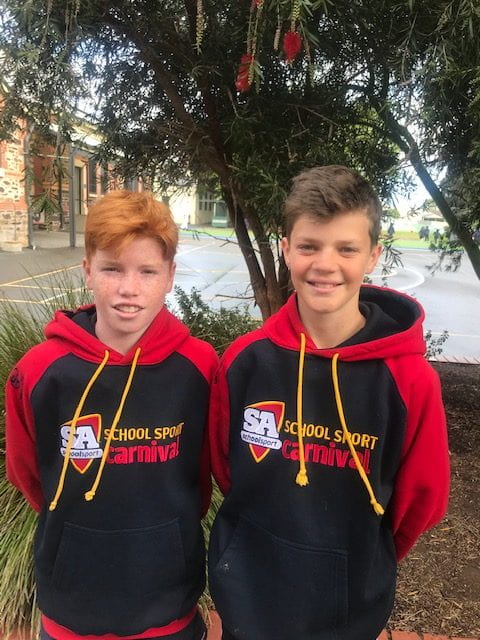 Congratulations to Year 7 students, Ben Beaven and Jack Appleton who had a few days off school in Week 8 to represent Adelaide South East district in the SA School Sport (formerly SAPSASA) footy carnival.

The team played very well across the nine games of the competition  – and Ben and Jack were in seventh heaven playing three days of footy! Ben played predominantly at centre half back, whilst Jack was mainly on the ball.

Their highlight was the first day,

+with games against Onkaparinga South and Western districts which they won comfortably. They both appreciated playing in this strong team a d against  some very good footballers.

Apart from their cricket and baseball, the boys will now turn their attention to the AFL finals, with Geelong (Jack’s team) and Port (Ben’s team) facing each other in the first of these.

Well done to both boys who represent our school in the very best of ways.