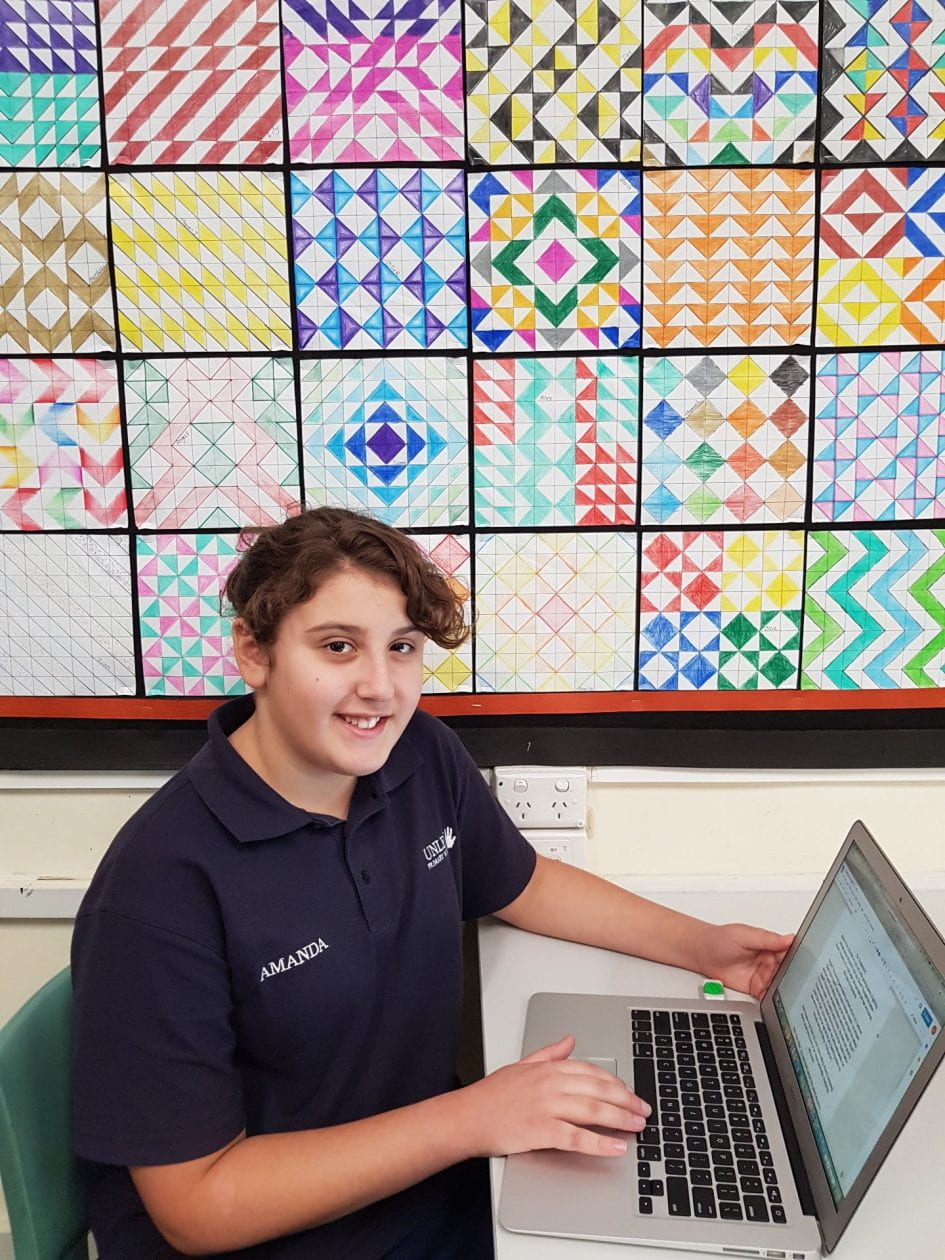 Spears of rain drummed on Lily’s roof, while glowing beams of lightning scribbled across the gloomy night sky. Thunder bellowed. Lily woke up in a cold sweat, her eyes filled with fear and dismay. She hated thunderstorms.

If this opening has you intrigued, read on to learn how The Thunderstorm, a narrative written by Year 7 student Amanda, unfolds. Amanda is in Kaye Lindon and Joe Pipicella’s class and has kindly agreed to share her work for this week’s showcase of student writing. Thank you and well done, Amanda!

Smash! The sound of glass shattering echoed around Lily’s bedroom. Boom! Boom! Boom! loud and deep footsteps creaked. Lily whipped away her covers and silently creeped out her room and down the hallway. “Aaaah!” a horrendous, ear-bleeding scream came from outside. The thunder rumbled and Lily quickly hurried outside, the dreary rain pouring. Tip-toeing carefully, she walked around the corner of her house to see a sudden flash of light. Lily’s heart stopped. Her palms were sweaty, her eyes were full of fear and her legs felt like jelly. Everything faded into darkness, falling and falling. To the ground.

Beep. Beep. Beep. Lily’s eyes slowly opened. She peered around to realise she was in a small hospital room. Beige was splashed along the walls, ripped curtains hung from the splotchy ceiling, rattly old hospital beds lay in columns. Tears dripped from her father’s eyes. Her mother sobbed hopelessly. How did she even get here? Her father soon turned around to see Lily, rushing towards her.  Her mother following, hurrying towards the bed. They both kissed and hugged her in delight. Tears filled up the paramedics eyes. Everyone felt relieved. Her parents had never loved her more.

Lily was still not ok. Slowly, her eyes got heavier and heavier. She was using all her effort to keep them open. Once again, everything faded away. “We’re losing her!” screamed the paramedic. “Grab the defibrillator!” Her horrified parents quickly smashed the glass case open, shattering like all their hopes and dreams. Zap…Zap! Even though they tried as hard as they could, zapping and zapping, Lily was gone. She lay unconscious in the small, beige room.

The next week, on a sunny Monday morning, the birds tweeted, singing the same old tune. The sun glided through windows, and beamed throughout the blue sky. Leaves calmly rustled in the wind, and Lily’s coffin was being carried into the funeral. Her favourite flowers, lilies, laid on the coffin, along with a photo of her at the Gold Coast. It was always her favourite place to go.

Her parents stood at the front of the church, as the coffin sat in front of them. The coffin was open, Lily lying inside wearing her favourite dress. “Thank you for attending everyone” said Lily’s father, as he peered up from the coffin. “Lily  was our beloved child, always smiling, always bright…” his voice started fading. “This is hard for me to say, because this was my one and only daughter. And now she’s gone… forever. But she will always be our lovely Lily.” He cried, choking up. Her mother patted his back thoughtfully. “We believe she died from a lightning strike. I got up from bed that night, I had this awful dream about Lily being hit by lightning. So I went into the kitchen, but a plate fell on my foot. I screamed. It was painful. I heard the back door close and a zap sound… I… can’t speak anymore” Lily’s mother cried. The rest of the funeral was even more miserable.

It was three years later, and the sun shone brighter than ever. A young girl ran through the small patch of grass, wearing her flowy white dress and her pink rain boots. “Dinner time!” called Lily’s parents. The young girl ran inside. Her parents smiled gratefully as they placed dinner on the table. Sitting on the dinner table, by the roast veggies and chicken, was a photograph of Lily, at the Gold Coast, her favourite place to be.