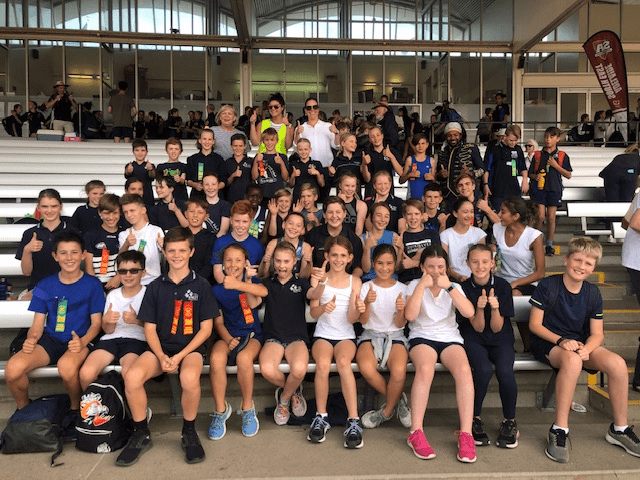 On Tuesday of this week, our team of athletes competed in the SAPSASA District Athletics Championships. This is a wonderful event, with private and state schools from across the eastern suburbs competing at Santos Stadium.

Our team came third in the ‘big schools’ competition, a great achievement given most of these schools are significantly larger than Unley Primary.

Over many years, our school team has been coached and mentored by our Year 4 teacher, Di Murray, supported this year by Year 6&7 teacher, Emily Butler. We extend our thanks and congratulations to both Emily and Di for their efforts in encouraging our athletes.

There have also been many parents helping out, including Oscar Asbanu (pictured here with Nate), Lucy Appleton and Frank Altamura. Many thanks also to all family and friends who attended on the day to cheer on our team. 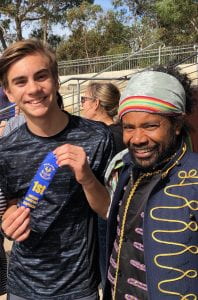 The following students proved most successful on the day, finishing in first place, and earning a berth in the upcoming state championships.

Footnote:    Earlier this week, I was contacted by a staff member from a neighbouring school. She informed me that she and her husband were incredibly impressed by, not only the athletic achievement, but also the sportsmanship displayed by Nate Lessue. After his wins in the 100 and 200m races, Nate made sure he thanked and shook the hands of all other competitors. I was asked to pass on their appreciation of such good sportsmanship. Well, done, Nate!